A person with bipolar disorder will experience changes in mood, energy, and activity levels that can make day-to-day living difficult.

Bipolar disorder can cause severe disruption to a person’s life, but the impact varies between individuals. With appropriate treatment and support, many people with this condition live a full and productive life.

According to the National Alliance on Mental Illness (NAMI), bipolar disorder affects over 10 million people in the United States or around 2.8% of the population.

On average, a person will receive a diagnosis around the age of 25 years, but symptoms can appear during the teenage years or later in life. It affects males and females equally.

What is bipolar disorder?

The National Institute of Mental Health describes the main symptoms of bipolar disorder as alternating episodes of high and low mood. Changes in energy levels, sleep patterns, ability to focus, and other features can dramatically impact a person’s behavior, work, relationships, and other aspects of life.

Between episodes, the person’s mood may be stable for months or years, especially if they are following a treatment plan.

Treatment enables many people with bipolar disorder to work, study, and live a full and productive life. However, when treatment helps a person feel better, they may stop taking their medication. Then, the symptoms can return.

Some aspects of bipolar disorder can make a person feel good. During an elevated mood, they may find they are more sociable, talkative, and creativeTrusted Source.

However, an elevated mood is unlikely to persist. Even if it does, it may be hard to sustain attention or follow through with plans. This can make it difficult to follow a project through to the end.

According to the International Bipolar Association, symptoms vary between individuals. For some people, an episode can last for several months or years. Others may experience “highs” and “lows” at the same time or in quick succession.

In “rapid cycling” bipolar disorder, the person will have four or more episodes within a year.

Hypomania and mania are elevated moods. Mania is more intense than hypomania.

Some people with bipolar disorder may spend a lot of money, use recreational drugs, consume alcohol, and participate in dangerous and inappropriate activities.

For more on the differences between mania and hypomania, click here.

What are the early signs of bipolar disorder in children and teens?

During an episode of bipolar depression, a person may experience:

In severe cases, the individual may think about ending their life, and they may act on those thoughts.

If you know someone at immediate risk of self-harm, suicide, or hurting another person:

If you or someone you know is having thoughts of suicide, a prevention hotline can help. The National Suicide Prevention Lifeline is available 24 hours per day at 800-273-8255. During a crisis, people who are hard of hearing can call 800-799-4889.

Is it bipolar disorder or depression? Find out more.

If a “high” or “low” episode is very intense, the person may experience psychosis. They may have trouble differentiating between fantasy and reality.

According to the International Bipolar Foundation, psychosis symptoms during a high include hallucinations, which involve hearing or seeing things that are not there, and delusions, which are false but strongly felt beliefs. A person who experiences delusions may believe they are famous, have high-ranking social connections, or have special powers.

During a depressive or “low” episode, they may believe they have committed a crime or are ruined and penniless.

It is possible to manage all these symptoms with appropriate treatment.

ADVERTISEMENT
Try a top-rated app for meditation and sleep

Experience 100+ guided meditations with Calm’s award-winning meditation app. Designed for all experience levels, and available when you need it most in your day. Start your free trial today.

A person may receive a diagnosis of one of three broad types of bipolar disorder. According to NAMI, symptoms occur on a spectrum, and the distinction between the types is not always clear-cut.

For a diagnosis of bipolar I disorder:

For a diagnosis of bipolar II disorder, a person must have had:

A person with hypomania may feel good and function well, but their mood will not be stable, and there is a risk that depression will follow.

The National Health Service (NHS) in the United Kingdom notes that cyclothymia has similar features to bipolar disorder, but the Diagnostic and Statistical Manual of Mental Disorders, 5th Edition (DSM-5) classifies it separately. It involves hypomania and depression, but the changes are less intense.

Nevertheless, cyclothymia can impact a person’s daily life, and a doctor can provide treatment.

Learn more about the bipolar spectrum.

A medical professional will diagnose bipolar disorder using criteria set out in the DSM-5.

The National Institue of Mental Health (NIMH) explains that in order to receive a diagnosis of bipolar I disorder, a person must have had symptoms for at least 7 days, or less if symptoms were severe enough to need hospitalization. They may also have had a depressive episode lasting at least 2 weeks.

To receive a diagnosis of bipolar II, a person will have experienced at least one cycle of hypomania and depression.

A doctor may carry out a physical examination and some diagnostic tests, including blood and urine tests, to help rule out other causes.

It can be challenging for a doctor to diagnose bipolar disorder, as people are more likely to seek help with a low mood than a high mood. As a result, it can be hard for them to distinguish it from depression.

If the person has psychosis, a doctor may misdiagnose their condition as schizophrenia.

Other complications that may occur with bipolar disorder are:

NIMH urges healthcare providers to look for signs of mania in the person’s history, to prevent misdiagnosis. Some antidepressants can trigger mania in susceptible people.

A person who receives a diagnosis of bipolar disorder has a lifelong diagnosis. They may enjoy long periods of stability, but they will always live with the condition.

Treatment aims to stabilize the person’s mood and reduce the severity of symptoms. The goal is to help the person function effectively in daily life.

Treatment involves a combination of therapies, including:

It can take time to get a correct diagnosis and find a suitable treatment, as individuals react differently, and symptoms vary widely.

Managing bipolar disorder during the COVID-19 pandemic may be challenging. Here, get some tips on how to cope. 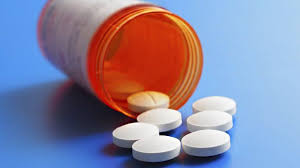 Drug treatments can help stabilize mood and manage symptoms. A doctor will often prescribe a combination of:

The doctor may need to adjust the medication over time. Some drugs have side effects, and they can affect individuals differently. If an individual has concerns about their drug treatment, they should talk to their doctor.

If the person discontinues their treatment, symptoms may worsen.

Psychotherapy can help relieve symptoms and equip a person to manage bipolar disorder.

Through cognitive-behavior therapy (CBT) and other approaches, the individual can learn to:

These steps can help a person maintain positive relationships at home and work. For children and teens with bipolar disorder, a doctor may recommend family therapy.

Find out more about treatments for bipolar depression.

Some people may need to spend time in the hospital if there is a risk of them harming themselves or others.

If other treatments have not helped, a doctor may prescribe electroconvulsive therapy (ECT).

Some lifestyle choices can help maintain a stable mood and manage symptoms. They include:

Some people use supplements, but it is essential to discuss this with a doctor first. Some alternative remedies can interact with the drugs used for bipolar disorder. They may make symptoms worse.

Get some tips here on taking care of a parent with bipolar disorder.

Bipolar disorder appears to result from a combination of factors.

Genetic factors: Bipolar disorder is more common in those who have a family member with the condition. A number of genetic features may be involved.

Biological traits: Research suggests that imbalances in neurotransmitters or hormones that affect the brain may play a role.

Environmental factors: Life events, such as abuse, mental stress, a “significant loss,” or another traumatic event, may trigger an initial episode in a susceptible person.

Bipolar disorder is a relatively common but serious mental health condition that involves changes in mood, energy levels, and attention, alongside other symptoms.

It can severely disrupt a person’s life, but treatment can drastically improve the outlook.

Treatment may not eliminate mood changes entirely, but working closely with a doctor can make symptoms more manageable and maximize the quality of life.